The Summer Without Men
2011 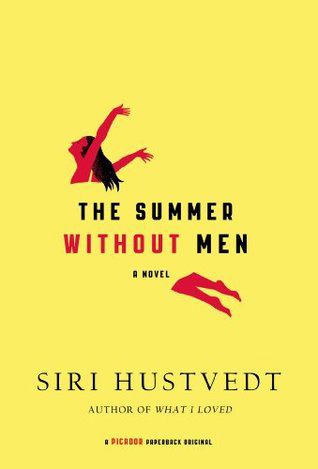 The Summer Without Men

Mia Fredrickson, the wry, vituperative, tragic comic, poet narrator of The Summer Without Men, has been forced to reexamine her own life. One day, out of the blue, after thirty years of marriage, Mia's husband, a renowned neuroscientist, asks her for a “pause.” This abrupt request sends her reeling and lands her in a psychiatric ward. The June following Mia's release from the hospital, she returns to the prairie town of her childhood, where her mother lives in an old people's home. Alone in a rented house, she rages and fumes and bemoans her sorry fate. Slowly, however, she is drawn into the lives of those around her—her mother and her close friends, “the Five Swans,” and her young neighbor with two small children and a loud angry husband—and the adolescent girls in her poetry workshop whose scheming and petty cruelty carry a threat all their own.

From the internationally bestselling author of What I Loved comes a provocative, witty, and revelatory novel about women and girls, love and marriage, and the age-old question of sameness and difference between the sexes.

The Observer
The Guardian
The Australian

“[A] rich and intelligent meditation on female identity, written in beguiling lyrical prose. While some may take issue with her claim in the novel that the contemporary literary imagination "emanates a distinctly feminine perfume", this novel cannot be described otherwise. Its fragrance, however, is heady and intoxicating.” —Lucy Scholes, Sunday Times Review (UK)

“Siri Hustvedt is a novelist of great intelligence. She knows the ways of the world and of the heart. She also knows a great deal about literature, art, philosophy, psychoanalysis and the neurosciences. She has woven this knowledge into her fiction, particularly in the mesmerising What I Loved and The Sorrows of an American, to great dramatic effect. In her recent memoir, The Shaking Woman or A History of My Nerves, she took us on a dazzling journey through the mind-doctoring sciences as she sought an answer to the mystery of the wild shaking fits that took her over while speaking at her father’s memorial. The Summer Without Men is a new departure. Despite its painful subject matter – marital rupture, encroaching death, the tormenting antics of malice-ridden girls – the novel is a mordant comedy. And unlike Hustvedt’s earlier, carefully woven fictions, this one wears its seams on the outside. It plays with fictionality, invoking the ‘dear readers’ that we are, and making a mockery of sequential time on the page. It gives us shards of memory, poetry, the verse and stories that emerge from a writing class, philosophical text messages from a Mr Nobody, as well as a reading group’s response to Austen’s Persuasion, that template of delayed gratification.” —Lisa Appignanesi, The Observer

“What joy to see Hustvedt, the author, heretofore, of such elegantly dark, labyrinthine novels as The Sorrows of an American (2008), have such mordant fun in this saucy and scathing novel about men and women, selfishness and generosity. In Mia, Hustvedt has created a companionable and mischievous narrator to cherish, a healthy-minded woman of high intellect, blazing humor, and boundless compassion.” —Donna Seaman, Booklist

“Instead of being another novel of a woman on the brink, this becomes an adroit take on love, men and women, and girls and women.” —Publishers Weekly

“Lighthearted but not lightweight – a smart, sassy reflection on the varieties of female experience.” —Kirkus Reviews

“A chronological story builds through association, with scenes from that summer interspersed with digressions on a range of subjects, including ideological biology, and the devaluation of ‘women’s travail’ in literature written by women… These parenthetical excursions give the novel its complex texture. Events are coupled with commentary, commentary leads into event and temporal sequence is delightfully confused. Such digressive freedom is one of the pleasures of The Summer Without Men, in which fiction, fantasy, and historical fact are interweaved.” —The Times Literary Supplement (UK)

“Engaging… Hustvedt’s intensely visual writing spans the generations. She can conjure up a child’s realm of imaginary friends as evocatively as the brave face adopted by the elderly living in ‘a world of continual loss’. It’s by turns funny, moving and erudite, playfully reminding us of a contemporary Jane Austen.” —Daily Mail (UK)

“A wise book by one of America’s most skilful writers.” —Good Housekeeping

“Mia is exceptional in almost every way…. Her voracious reading of literature, philosophy and science—and favorite excerpts are sprinkled throughout—has led her to a hard-won equanimity. She is also blessed with empathy, irony and a healthy dose of feminist outrage at the way women’s minds and bodies are routinely devalued. These qualities, combined with an almost surreal sensitivity to her environment, lead to an oddly satisfying conclusion in which love and sanity prevail…. Finely wrought descriptions of everything from maternal love to mean girls and marital sex make this slim volume well worth reading.” —Associated Press

“A mesmerizing and powerful meditation on marriage, the differences between the sexes, aging and what it means to be a woman…. Truly breathtaking… Borrowing from science, philosophy, poetry and literature, Hustvedt boldly burrows deep into the feminine psyche, exposing the dark doubts and insecurities we all keep locked deep inside. Mia’s candid musings on the cruelty of young girls alongside the harsh reality of growing old are unflinchingly honest, and Hustvedt’s bravery in presenting an unvarnished portrait of the “fairer sex” is exhilarating…. Rich with both the pleasures and sorrows that make life complete, this is a powerful and provocative novel that will have astute readers reconsidering where exactly the boundaries between truth and fiction lie.” —BookPage

“The Summer Without Men is sprightly and frisky, even as it contends with life-and-death subjects…. The intellectual menu includes not just Hustvedt’s usual forays into philosophy, literary theory, neurology and psychiatry, but also an investigation into romantic comedy, both the classic Hollywood version—‘love as verbal war’—and Jane Austen’s Persuasion… Among the novel’s pleasures are its analysis of gender…and the character of Mia herself, who comes across as honest, witty and empathetic (and is rendered charmingly in line drawings by the multitalented Hustvedt herself).” —The New York Times Book Review

“[An] elegant new novel, a smart and surprisingly amusing meditation on love, friendship and sexual politics… Author of four other novels, including What I Loved and The Sorrows of an American, Hustvedt clearly enjoys letting Mia vent her feminist screeds in hopes of transforming her broken heart into some blazing insight on the nature of men and women, yet she never allows Boris to completely turn into some terrible, disloyal, caddish creature despite his flaws. Hustvedt’s view roams wider than Mia’s wounds; she taps into poignant truths about women and life’s different stages.” —The Miami Herald

“This brisk, ebullient novel is a potpourri of poems, diary entries, emails and quicksilver self-analysis… The noisy chorus in Mia’s head has an appealing way of getting inside the reader’s too.” —The Wall Street Journal

“Composed in tight vivid prose, The Summer Without Men is energetic, and handles its subjects with depth and wit, painting its characters and their complex emotions in the kind of detail that rings true to life.” —Biblioklept.org